I got an email from MotoTT promoting a Suzuki Trackday at Taupo on Track 1 for only $80. I was planning on doing my second ever trackday the following Friday, November 19th, but this was going to be much better for three simple reasons.

After a nervous 10 days checking the Taupo 10 day forecast on Metservice twice a day for reassurance of upcoming fine weather, the work week finally ended and there was just one sleep to go. 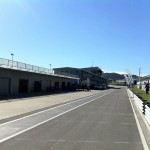 I left home around 7:40am and filled up at Shell before leaving Rotorua. After an anxious 45 minute ride, I finally arrived to the Taupo Motorsports Park the weather in Taupo was perfect!

After registration and bike/rider scrutineering, I found an available garage 27. Shortly after I was joined by Keith and Tony from Gisborne.

Tony was riding an identical GSX-R 1000 K7 and was willing to share his Suzuki GSX-R1000K7 Suspension Setup that was supplied to him by Craig Sheriffs (New Zealand motorcycle racing legend). After suspension setup, I set the tire pressures to 29psi front and 32psi rear.

There was a short rider briefing then the track time begun at 9:30am with the fastest group going out first. Only 20 minutes till it’s my turn!

Below is the layout of the track for this track day, Track 1, or the original full 3.3km circuit.

I setup my GoPro HD Hero camera on top of my helmet for the first session, two laps of which can be viewed below. 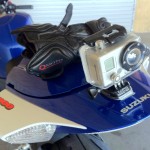 Wicked first session! Nice warm-up for the day, no point going too hard out as we had a lot of time left to get out on track. Only 40mins until I’d be back on track, so chance to chillax.

For my second session, I wanted to try another new camera angle, so I setup the GoPro on the rear of the bike and had it rear facing. I was quite pleased with the resulting clip of a couple of laps below.

Another choice session! The track was really starting to warm up and the tyres were feeling great. I was noticing a bit of brake fade towards the end of the session, meaning I must have been braking harder than the previous. Was certainly getting on the gas more, fully opening the throttle on the straights. Next I thought to just turn the camera around and film front facing from the rear of the bike, like the MotoGP camera angle made famous by Valentino ‘The Doctor’ Rossi.

On the final cool-down lap, after the checkered flag, my petrol light came on indicating it was down to four litres. That ended my third session, totaling an hour on the track. WICKED!
My brother managed to make it down to the track, bringing with a pork riblet sandwich (the most awesomeness) that hit the spot after just drinking water, V and eating a Moro bar. I shot down to the nearest petrol station to refill the bike. I thought it would be a good time to set the GoPro on the front of the tank with the suction adapter. This is a good angle as you see from the video below, to see the instruments and checkout those top speeds on the back straights!

The next session I tried the GoPro on the left fairing, but the battery didn’t even last the warm-up lap.

Huge thanks to the MotoTT team for organising and running the event and to Suzuki New Zealand for their sponsoring, which provided the discounted rate for the day and supplying us all the high resolution photos taken for free. 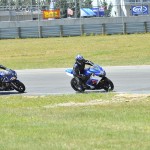 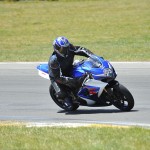 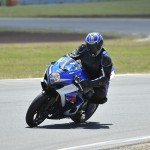 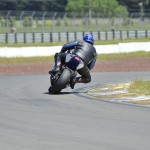 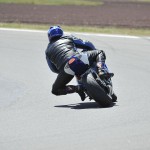 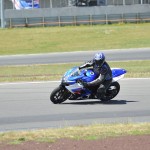 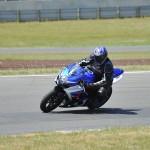 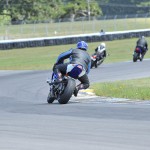 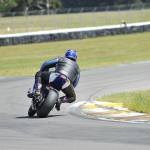 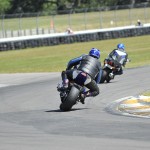 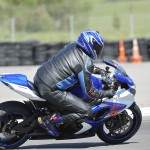 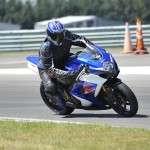 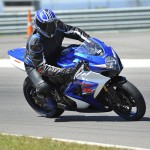 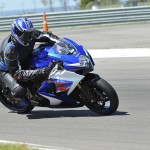 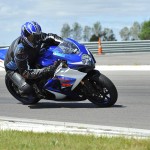 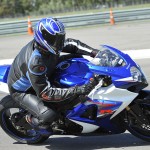 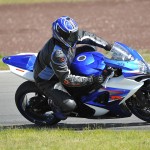 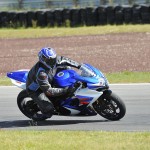 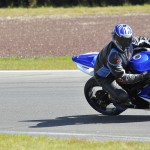 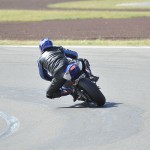 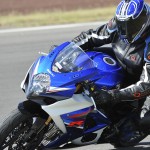 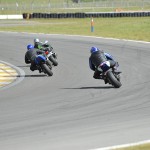 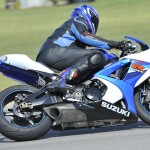 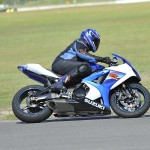 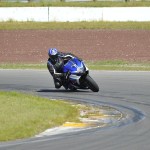 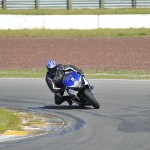 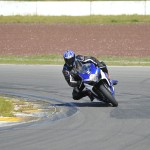 Am totally hooked and will certainly be doing more MotoTT track days in Taupo. For more information, check out motott.co.nz and become a fan on their Facebook page facebook.com/MotoTT.