Well the hype has been building up for quite a while now, and from what I’ve seen at a local Harvey Norman, it has all the right to be. The next generation Sony Playstation 3 or PS3 as it’s known as, will be a huge leap from it’s predecessor the PS2.
Available for purchase from tomorrow morning and at midnight tonight for those that have pre-ordered. The PS3 in NZ is going for around $1199 for the base model with one controller at release date.

I’ve had a play on it and it looks fantastic, the graphics are just awesome and having a wireless controller like the Xbox 360 has had will come in handy for people who sit a fair way back from their TV. The graphics will always look good in the shop, because they will have it hooked up to a high definition TV, which most people still wont have at home.
I’d really like to get one, but will be holding out until the price comes down a fair bit.
After all, Good Cheap things gadgets take time. 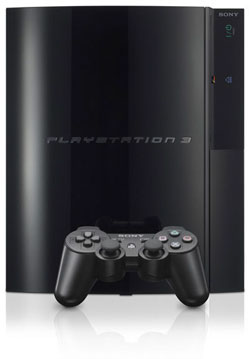 To find who’s selling the PS3 the cheapest in NZ, visit Pricespy
For more informationon the Sony PS3, visit nz.playstation.com